For the MITAS 4 ISLANDS MTB STAGE RACE 2017, the G4 team is traveling to Croatia to let you discover this totally different type of event. For a week, Geoffroy Lequatre and G4’s ambassadors will participate in this 240km stage race which takes place on islands in the Adriatic Sea. Go on an adventure with the G4 team, and discover what could be the race of your dreams! 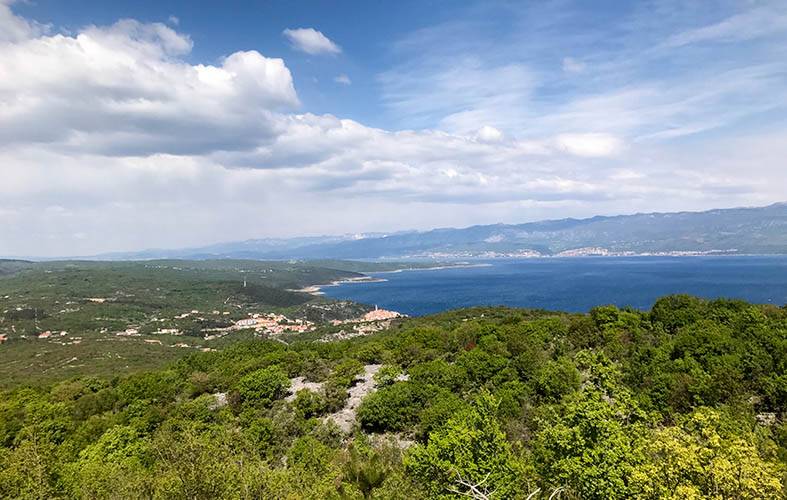 In today’s episode, we look at the stages of the event. Then, we’ll ask the riders for their thoughts as well as looking at their results. Just to remind you, the G4 team at this event comprises Matthieu Converset and Steve Chainel of the duo FULLGAS, and Geoffroy Lequatre and Khaled Saif Al Muhairi for the duo MTB. If you’re not familiar with them, check out their profiles here: http://bit.ly/TravelEP1 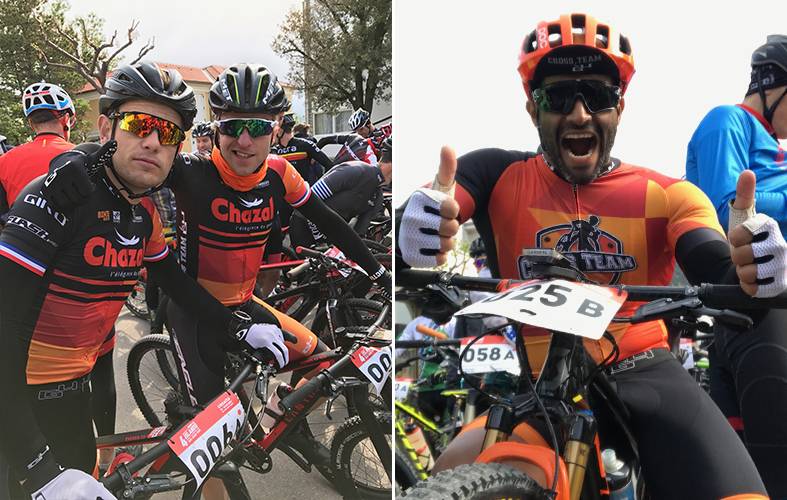 Whether you are part of a group of friends, a pro team or organisers of an event, why not get your own custom range of cycling wear: http://bit.ly/CustomG4

Team G4’s adventure in Croatia begins on the island of Krk, pronounced Kirk.

Stage one’s 65km course is run in good conditions and provides an opportunity to get a feel for the region. The duo FULLGAS of Matthieu Converset and Steve Chainel starts very strongly by taking a top five place. Steve commented on this first stage by saying: “Simply brilliant first stage. A great 4th place with my friend Matthieu Converset, victim of 2 punctures! Still in the race for the general classification, there’s another three stages! “ 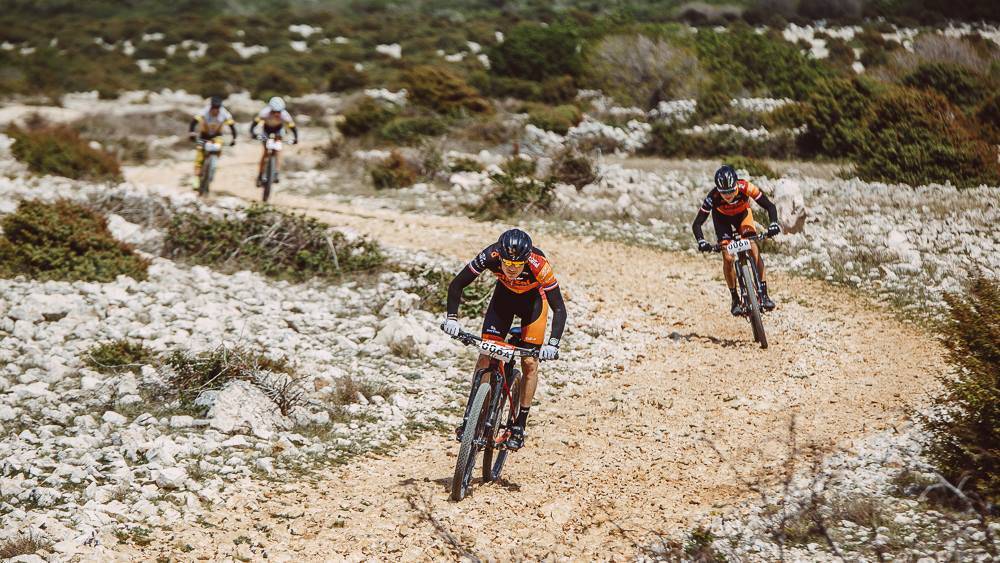 A finish time of 2h59 for the two elite cyclists allows them to keep the podium in their sights. As for the MTB duo of Geoffroy Lequatre and Khaled Saif, their finish time of 3h38 in achieved only after an intense effort. But this is a great time given Khaled is not a professional racer. A promising start for both teams! 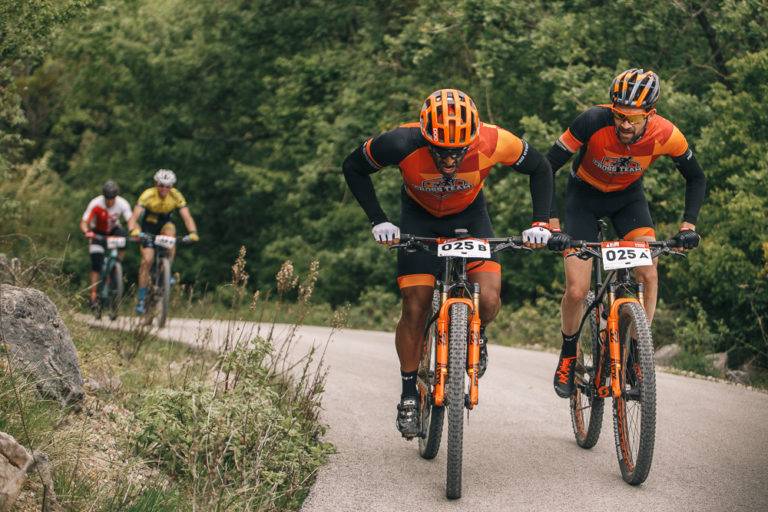 Unfortunately, due to adverse weather conditions, the second stage didn’t take place as planned on the island of Rab. The runners left the island of Krk for a revised 65km loop, the same distance as was planned.

The event’s total distance over the 4 Islands remains unchanged. Here are Steve’s reactions: “Matthieu and I finished the 2nd stage with good sensations despite a stony route that proved difficult for my team-mate Copif. We finished 7”th! »

On Friday 21 April, Team G4 sets off for an unusual stage start. 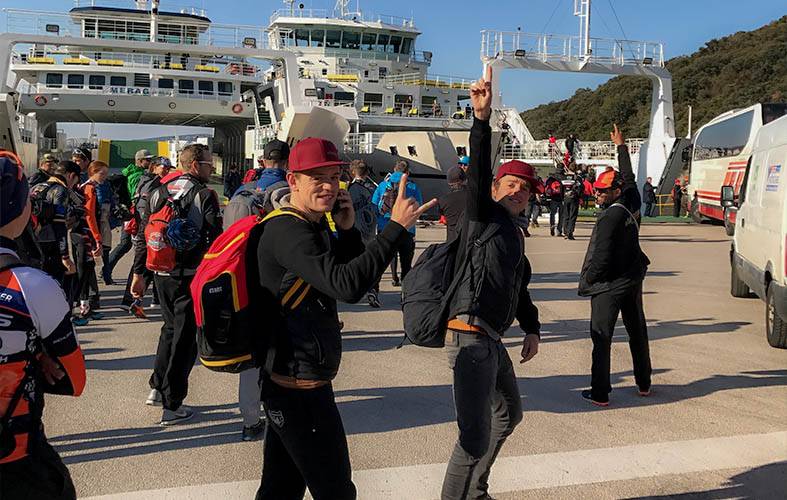 While the boat is moored at the quay on the island of Cres, the riders didn’t disembark as the race started from the ferry. After a stretch of tarmac, there was a 3km climb to a rocky road. Like the previous ones, this stage is very technical because of the surface and the absence of a climb. 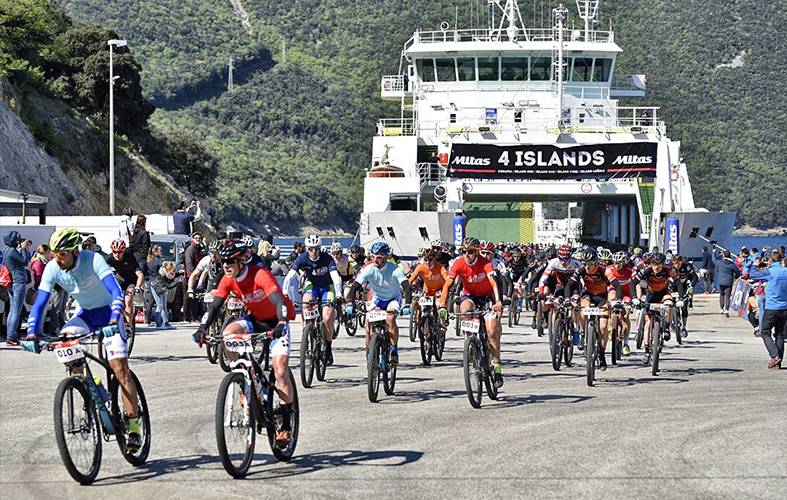 Finally, on the island of Lošinj, the riders will compete in the final stage. Although it’s the easiest, it’s not to be underestimated, with 43km up approximately 900m of undulating terrain.

Certainly, it’s shorter than the previous ones, but still one has to take into account the difficulty of the road! In this last stage, the riders face one of the steepest stretches of the race, with inclines close to 25%. 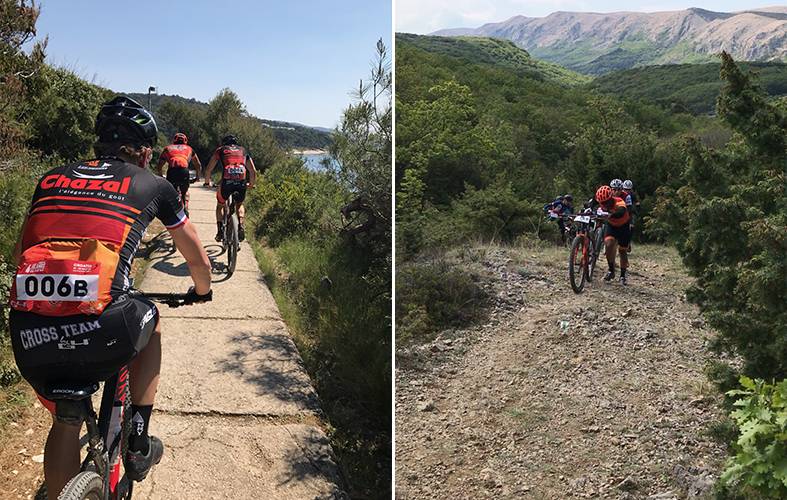 The reward is an unforgettable arrival at the Adriatic and a feeling of accomplishment after 4 days of skinning their knees. The duo FULLGAS finished the race in 10th position with time of 11:39:53, following yet another puncture on the last stage! The duo MTB finished 70th in a time of 13:50:10, an excellent performance for Khaled who’s not used to racing. Finally, Matthieu’s puncture allowed the both G4 teams to finish together concluding a stage of much shared laughter and enjoyment. 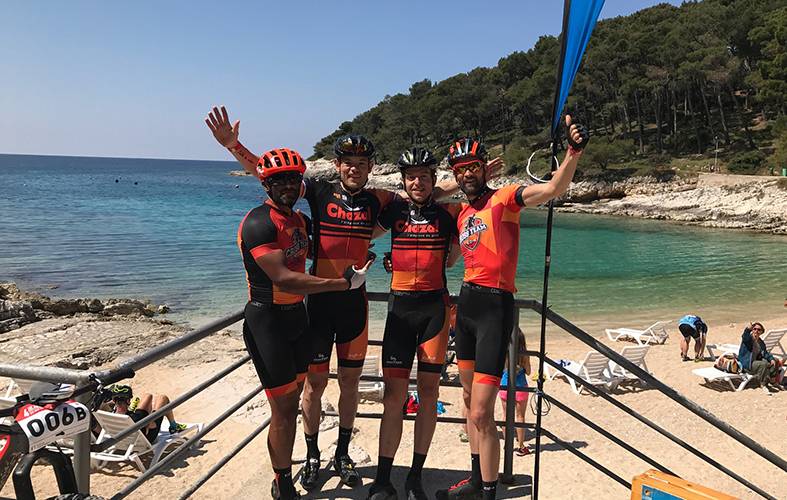 Tailor-made kit from G4, rigorously tested and fit for 4 days of competition in Croatia: http://bit.ly/CustomG4

Geoffroy Lequatre and the G4 ambassadors’ trip to Croatia is at an end. We hope you enjoyed it as much as our riders! In the next article on our blog, we’ll be sharing one of Sheree’s cyclist friendly recipes recettes de Sheree

We leave you with a bonus video : Geoffroy’s fall which became viral on social networks! More videos are available on our YouTube channel here: http://bit.ly/YouG4.

See you soon for more fun adventures with G4! 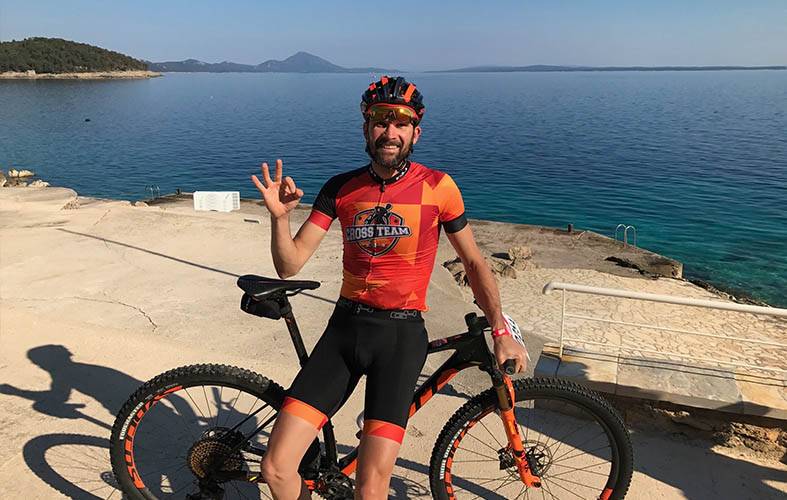