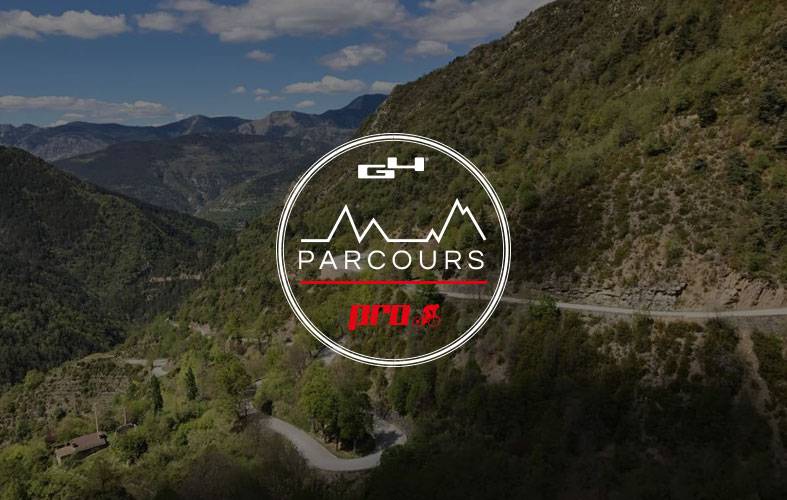 G4 unveils, in its new section “Parcours”, Professional rides and outings, plus the best of our secret locations.  Our aim is to pay tribute to the Côte d’Azur, a welcoming area for cyclists of all abilities from our G4 community. 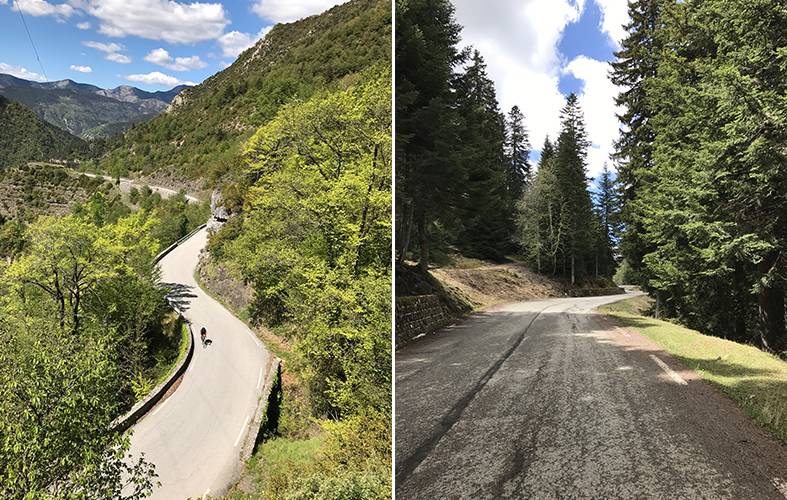 The Côte d’Azur is renowned for its bike friendly roads which provide vibrant and light-filled experiences that awaken the senses of those who experience them. Ride mythical routes and find undiscovered places. . . known only to those like G4 to experience life to the full. 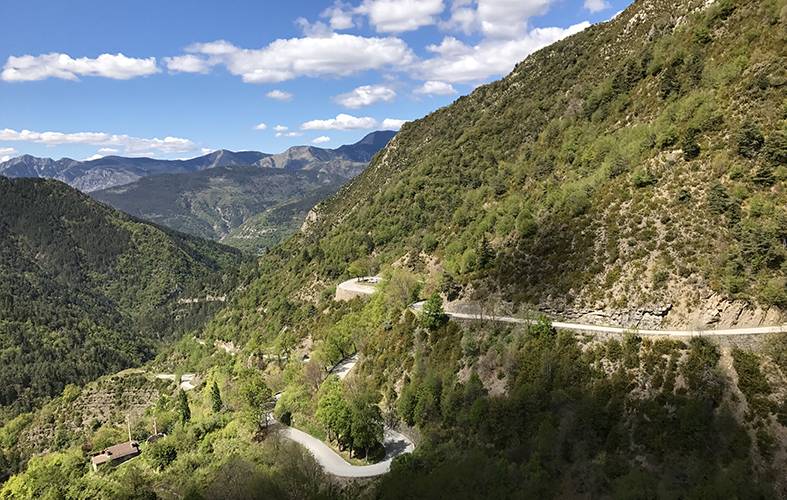 For our first outing on two wheels, we took advantage of the ideal weather last weekend to embark on the legendary ascent of the Col de Turini. Today, Team G4 is composed of Geoffroy Lequatre, former professional cyclist, and his dear friend Khaled Al Muhairi. This weekend deserved a Pro training rating! 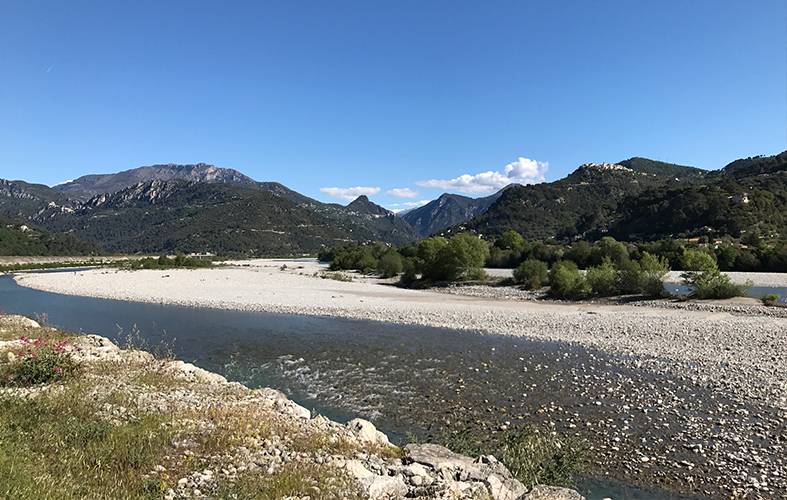 Starting the ride on the seashore allows you to see some of the most beautiful scenes in the region. We continue along the famous Var valley where the sun shines on its stunning landscape with the snow caps in the distance. The ride begins with a tail wind which quickly helps us reach the junction of the valleys of Vésubie, Tinée and Var. 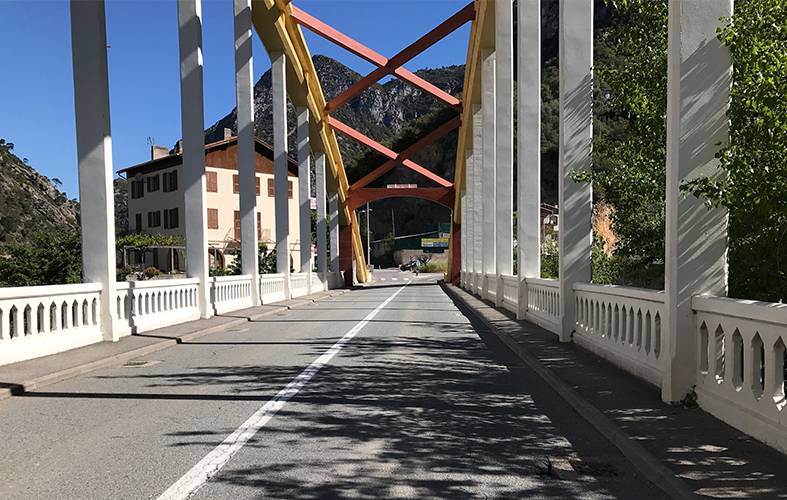 We then proceed to Plan du Var riding over the well-known Durandy Bridge to access the Vésubie valley which is full of lavish rivers and gorges and picturesque villages reached via tunnels in the rock. 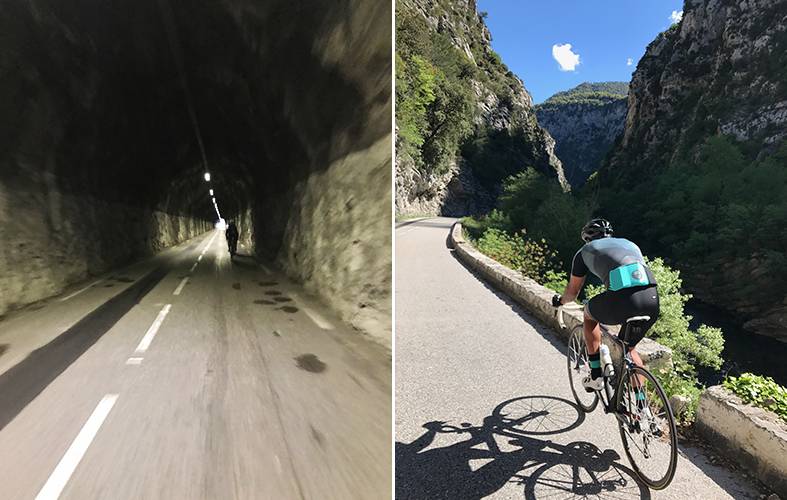 After about 20 km, we arrive in Lantosque for a well-deserved coffee, wholly necessary before attempting the next stretch of road where, after a few minutes of respite, we begin the ascent of the Col de Turini. The weather is clear and the road signs tell us it’s a good 15 km before we’ll  reach the summit of this mythically climb in the Riviera. Note that the Col de Turini was made famous by the Monte Carlo Rally in 1911. 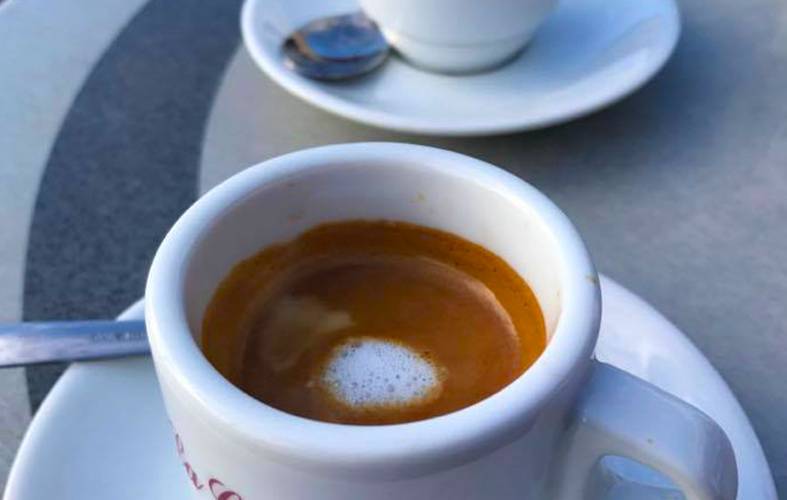 The first part of this ascent climbs steadily until Bollène Vésubie. We enjoy splendid views of the village which gives us courage to continue the steeper parts of the climb ahead, with passages of up to 9%! 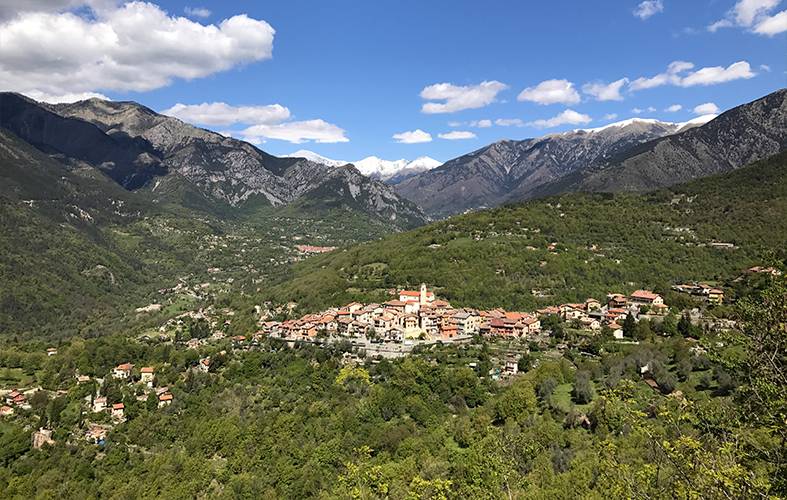 We climb more than 1,700m to summit the Turini at 1,607m. There’s still snow on the ground but, more importantly, a place for coffee and cake! The Hotel and Restaurant Les 3 Vallées provides a welcome respite in a setting worthy of the Monte Carlo Rally. 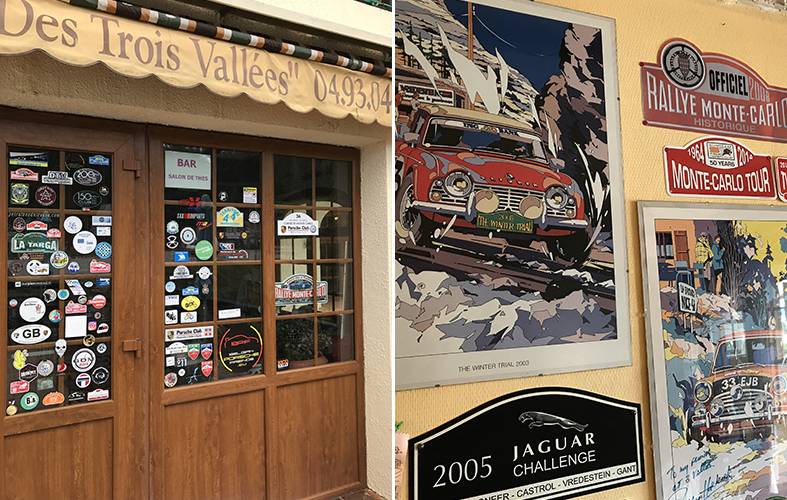 Up here the weather can be forgiving but, as most cyclists in the region know, the weather can also be rather unpredictable. It’s best to be prepared! The weather on the Col de Turini can change rapidly. We went from a good 18°C to 2°C once we reached the top. G4’s Rainsystem and windbreaker jacket has been specially designed for these rapidly changing climatic conditions. Thanks to its ultra-light weight and waterproof membrane, it provides protection on the descents. Easily stowable, it is ideal for climbing Azurean passes. 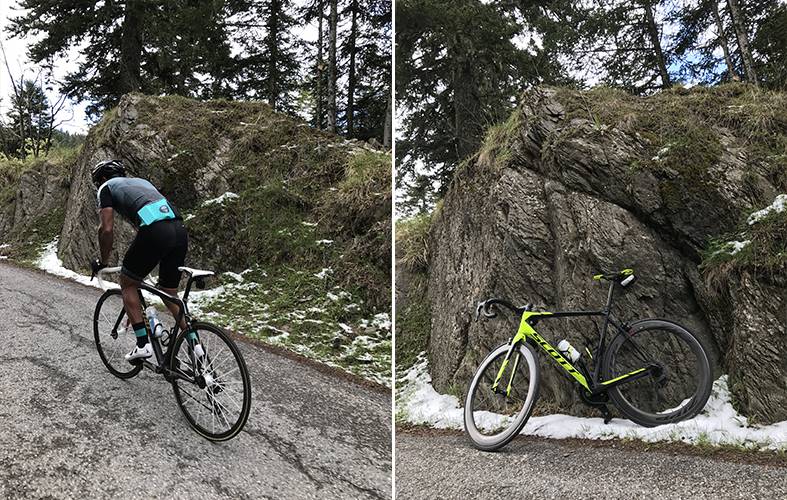 The descent of the Col de Turini on the Lucéram side offers breathtaking views back down to the sea on a sinuous and winding descent. 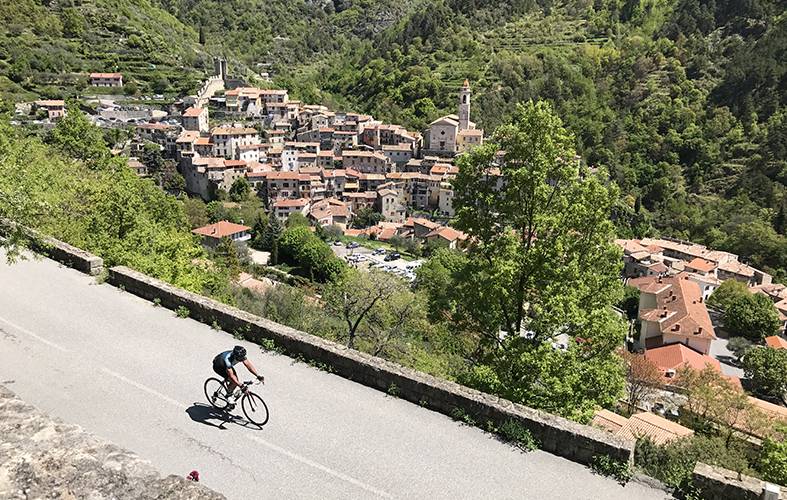 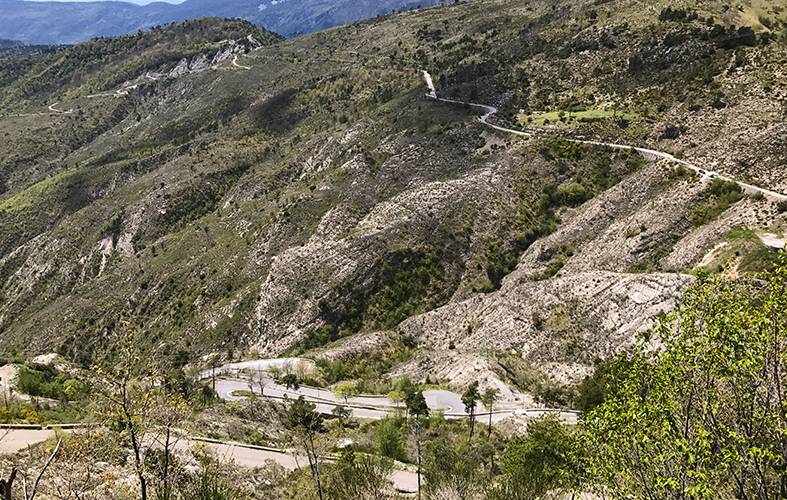 We arrive at Escarène, the last small village in the shadow of the Col de Braus where we switch to the Col de Nice which leads directly to the town of Nice. We have an enjoyable time riding back to the sea passing by famous Niçois sights such as the Tête Carrée, the Museum of Modern Art and Contemporary Art and the Place Masséna. 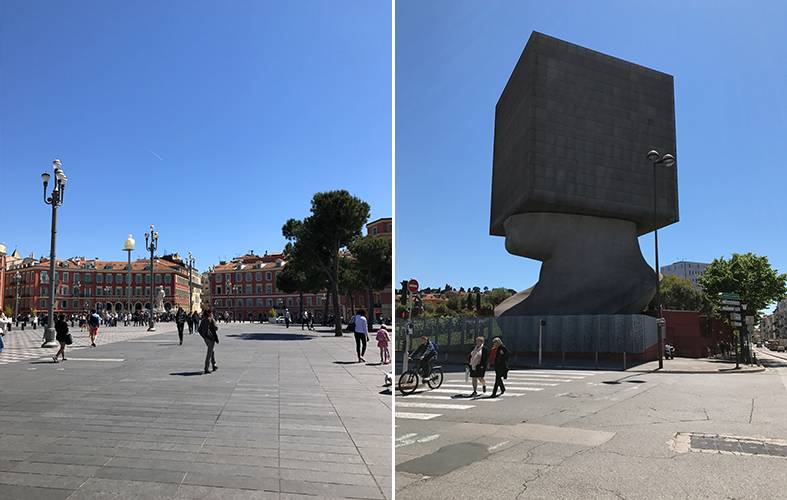 Taking the beautiful Promenade des Anglais we soon reach Saint-Laurent-du-Var and the starting point of our ride. Plenty more rides await you in this new series. Join the G4 Team on STRAVA and don’t hesitate to leave your views on our routes and rides: www.strava.com/activities/967250868 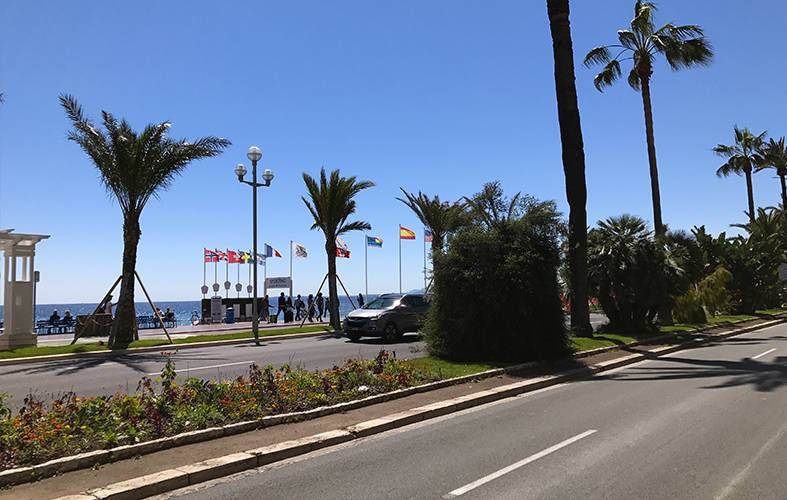