The members of the G4 Cycling Club duly completed the 181 km parcours and can feel proud that they’ve completed one of the leading European cycling sportives. Since its first edition in 1993, participants in L’Étape du Tour have been given a taste of the Tour de France. They ride on the same roads, in similar conditions and ascend the same mythical climbs as the world’s greatest riders. For some, this is an opportunity to gauge their performance against that of the professionals. But for most it’s a sporting adventure which allows them, among other things, to ride through some of the most beautiful regions of France. 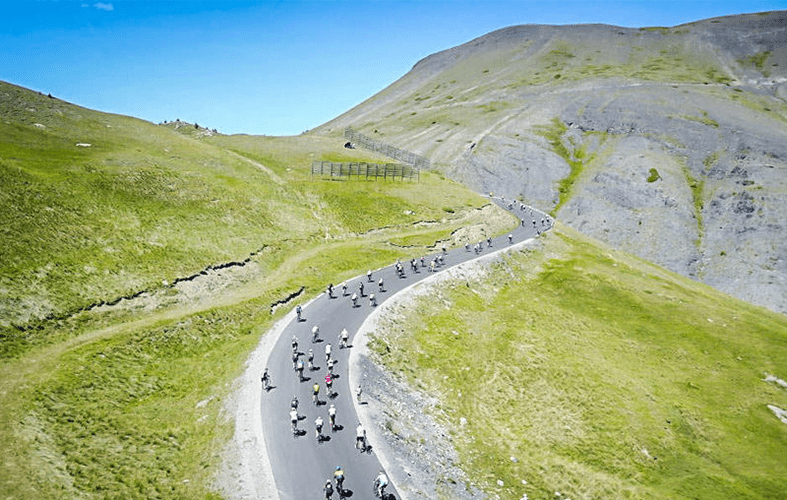 After almost 10 hours of racing, our members of the G4 Cycling Club, were still smiling:

It was my first L’Etape du Tour, so I can’t make any comparison with previous editions but the organisation was fantastic with gorgeous mountain roads exclusively reserved for us cyclists. Despite the number of participants, the feed-zones were well-stocked. The spectators were great and very supportive. The weather was perfect. For sure, it’ll always be a wonderful memory.

I was invited to take part by G4; I don’t think I’d have done it in my MAAP kit. I laugh but if I hadn’t had so much confidence in the brand, I wouldn’t have ridden 180 km and over two passes just for the pleasure. The kit is superbly well-constructed and made from a fabric that feels like a second skin. The jersey fit me so well; it didn’t gape and had enough readily accessible pockets to take on food during the race. It was such a pleasure to ride in it.

The best bit was 1 km from the finish line at the top of the Izoard. First because I knew it was almost over and I was going to be able throw myself on the buffet which was piled high with mountain cheese and walnut bread (that’s what you obsess about as you reach the end!). Also, I overtook someone who was walking beside his bike with his broken chain in his hands. It’s not often you see someone climbing like that, it really made me smile. 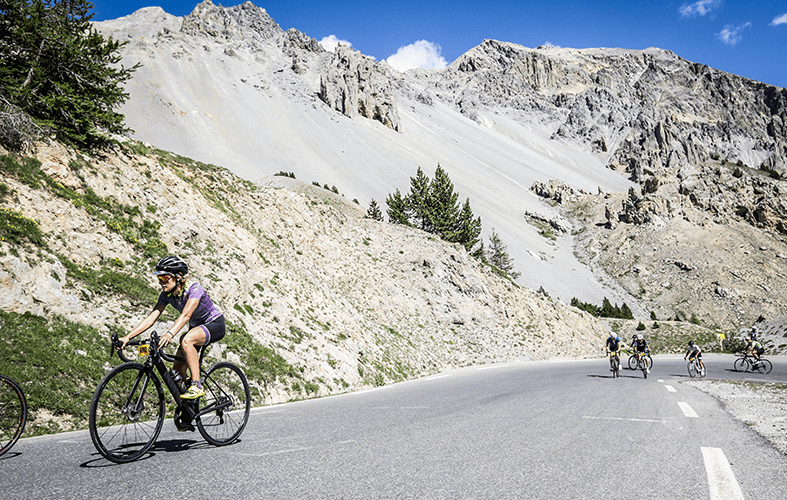 I think the word “exceptional” is justified: super weather, a magnificent parcours, no incidents / accidents to my knowledge … in short, just the right mix for a successful race. I found the organisation exceptional with a great exhibition village and a great atmosphere the length of the route. Everything was dedicated to the cyclists, just as if it were the Tour. Personally I had a lot of fun throughout the day even though the two climbs weren’t easy for me. I didn’t have the right gearing but I loved taking part in the 2017 edition and will register for next year in a flash.

I wore the purplekit from the Women’s SimplyCollection to represent the G4 brand in our small team. I certainly don’t regret my choice because it was so comfortable, particularly the chamois pad.

Without a doubt, the best bit of the race was the last kilometer before the summit of the Izoard. At this point, I’m drooling. Many people had already decided to walk up, pushing their bikes. But not me, I’m not giving up. I can see the last kilometre sign in the distance and I spur myself on, after all what’s 1kilometre? When I reach the sign, I see this sentence written on it “What’s 1 km more in your life? ” It made me smile and gave me renewed energy. I pedalled harder, forgot the fire in my thighs and when 200m from the line I heard Morgan cheering me on. I smiled widely and sprinted for the line. I did it! Now comes my reward of bread and cheese. Boy was I hungry! 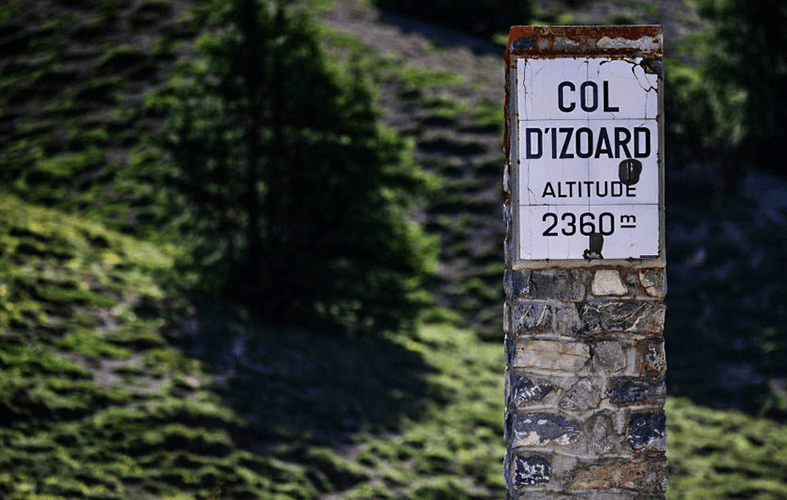 Everything went well and I had very good sensations throughout the event. The organisation was great, particularly at the end in the village. Everything was really well handled, from the running of the race to the feed-zones. It was tip-top!

I wore the Black Edition kit which was so comfortable. The material felt great against my skin and the shorts were particularly comfortable thanks to the placement of the seams. I also loved the fit of the kit and its colour, a complete change of look for me by comparison with my existing outfits.

For me the best part of the race was the finish. I’d enjoyed riding with people from different places and had made some good friends. The friendliness of the G4 community gave me strength. The emotion I felt when I crossed the line will forever stay in my memory. 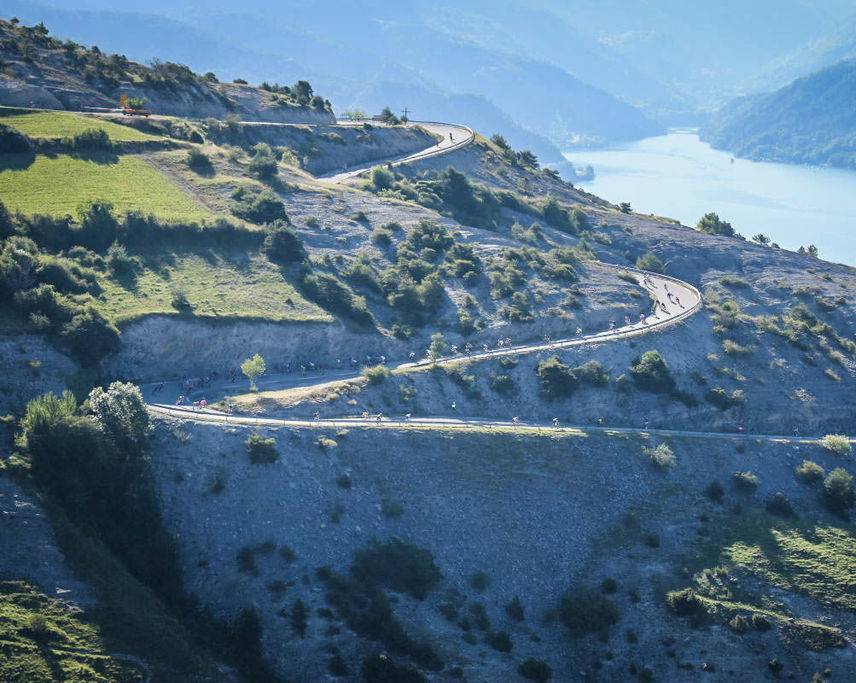 Wow! It was a magnificent experience, not just because of the challenge but it was great to start at the front of a peloton of 15,000. It was exceptional. This feeling of having accomplished one of the hardest cyclo-sportives in the world! It was a wonderful albeit very long day for me, almost 14 hours. But what a treat! These magnificent climbs, an exceptional atmosphere, the scenery was breathtaking … which I needed because those ascents were difficult! I am simply happy to have finished this challenge at 67 years old and to be part of the G4 team!

I wore the Simply Black compression shorts and the light-weight, aerodynamic Distinguished jersey with the fluorescent yellow trim. This proved a good choice, particularly the shorts which were comfortable throughout. I’m only going to ride in G4 shorts from now on! The jersey was also great in the hot, summery weather, wicking away my sweat. It was also fine early on when the temperatures were much cooler.

The best memory? There were so many! Already, it was great to set off first in an event of this magnitude! Thanks to Geoffroy for this incredible opportunity! Then there’s the image of me crossing the Vars Pass as a reward but I think the best was at the end. Finally, riding over the Izoard pass I was exultant and the spectators provided fantastic encouragement. It was a long but magical day! Crossing the finish line was a relief but a memorable keepsake! The best, by far, was to share a good dinner with the entire G4 team with a good glass of wine! 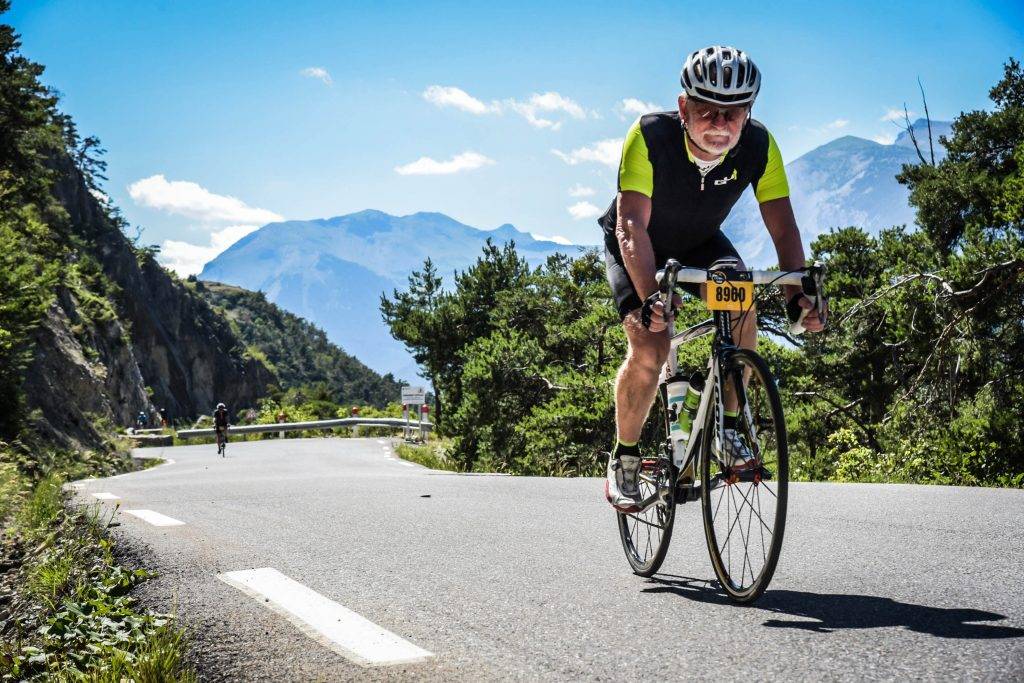 After taking part in four previous editions, this L’Etape du Tour was great. I would even go so far as to say it was the easiest. I paced myself throughout the event to avoid cramping and bonking. I rode with two other friends and we all helped one another. In fact, we were even able to have a laugh and enjoy the climb up the Izoard. I rode in my favourite black and grey G4 Distinguished kit. I have no hesitation in endorsing the quality of the G4 brand and showing it on the pictures. I really love this kit.

My goal was to finish within the time limit without cramping which is a recurring problem for me but the nutrition and hydration plan worked perfectly! I am so happy to have finished this race together with my friends. It was a tough ride nonetheless, despite the friendliness and the good humour of the other participants which kept me smiling until the end. Like what, good waves can be a force!

Stay tuned for new adventures with the G4 Cycling Club!