After sponsoring WorldTour team Cannondale, G4 has returned to supporting the sport it loves at a more grass roots level. Firstly, the G4 Acre Racing team in UK, a young developmental squad, and now G4 is lending a helping hand to an initiative close to Geoffroy’s heart. Like many racers he began riding and racing cyclo-cross, a sport popular in France but lacking the support and structure one finds in Belgium.

Official Kit of the Cross team by G4

G4 has long supported one of France’s most successful cyclo-cross racers, Lucie Chainel – double national champion (2012-2013) and bronze medal at 2013 World Championships – who has provided valuable input to the development of G4’s cycling wear. Lucie started racing and winning as a 10-year old after her parents bought the family mountain bikes. She’s physically and physiologically ideally suited to the sport which demands a sustained effort over 45 minutes.

As a mother of two small children, she wouldn’t have been able to compete without the support from her husband Steve’s family, who live close by. Like many women in the sport of cycling, Lucie regards herself as fortunate if the primes she wins cover her costs. This year she’s started sharing her extensive sporting knowledge and experience as a sports coach. 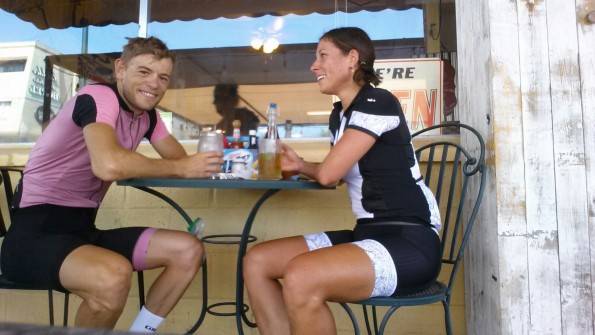 At the start of this year, her husband moved from Ag2r La Mondiale to Cofidis to ride in support of Nacer Bouhanni. Unfortunately, his new team would not support his ambitions in cyclo-cross which Steve uses to prepare himself for the new road racing season. As a consequence, mid-way through this year, he terminated his contract with ProContinental team Cofidis to start an amazing and brave adventure in cyclo-cross with his wife. 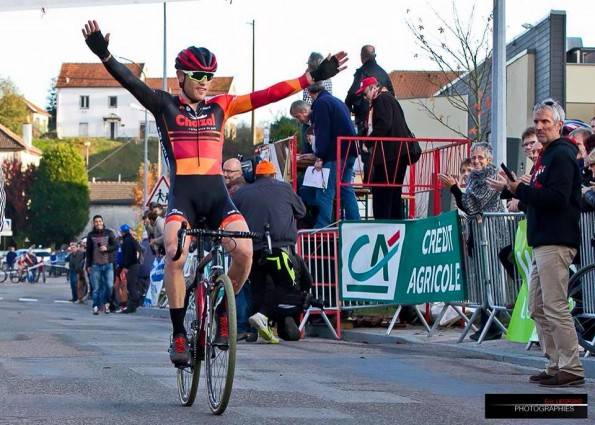 You may recall, Steve was the national junior cyclo-cross champion back in 2000 and has 21 victories to his name in the discipline despite racing professionally on the road since 2007.

Licenced to EC Stéphanois, the pair have created what they hope will become the first Continental squad dedicated to cyclo-cross. This is an idea they’ve been mulling over for the past 4-5 years and have finally realised with the support of their sponsors, private enterprises and the regional authorities. 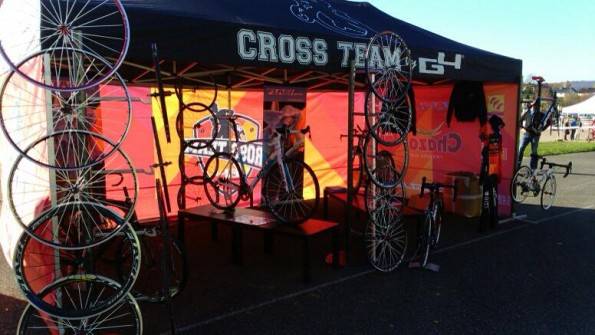 A programme of 20-25 races kicked off in Vegas in September with the team aiming to show its G4-designed jersey and looking for top 10 finishes. Not unnaturally Cross Team by G4 hopes to register strong performances in the national championships in Besançon on 10 January, 2016, and perform well in the World Championships.

Next year Steve hopes to recruit further riders and his aim is to one day have a cyclo-cross team of around a dozen, from junior to elite riders, who focus solely on that discipline. Many of today’s promising young cyclo-crossers are forced to turn to road racing to earn their living. Steve hopes to provide them with a viable alternative and, if he’s successful, others may join and France will have teams to rival those already found in Belgium and elsewhere.

For next season, Steve has recruited John Gadret, latterly of Movistar, and another French rider with a history in cyclo-cross. He’s won two national titles and over 25 races.

Everyone at G4 wishes them well in their endeavours and we’ll be following their racing with interest.