The G4 team travelled to Croatia to take part in the MITAS 4 ISLANDS MTB STAGE RACE 2017 so you will learn about this totally different event. Geoffroy Lequatre and the G4 ambassadors participated in this 240km stage race on islands in the Adriatic. So come on an adventure with us and discover what might be your dream race! 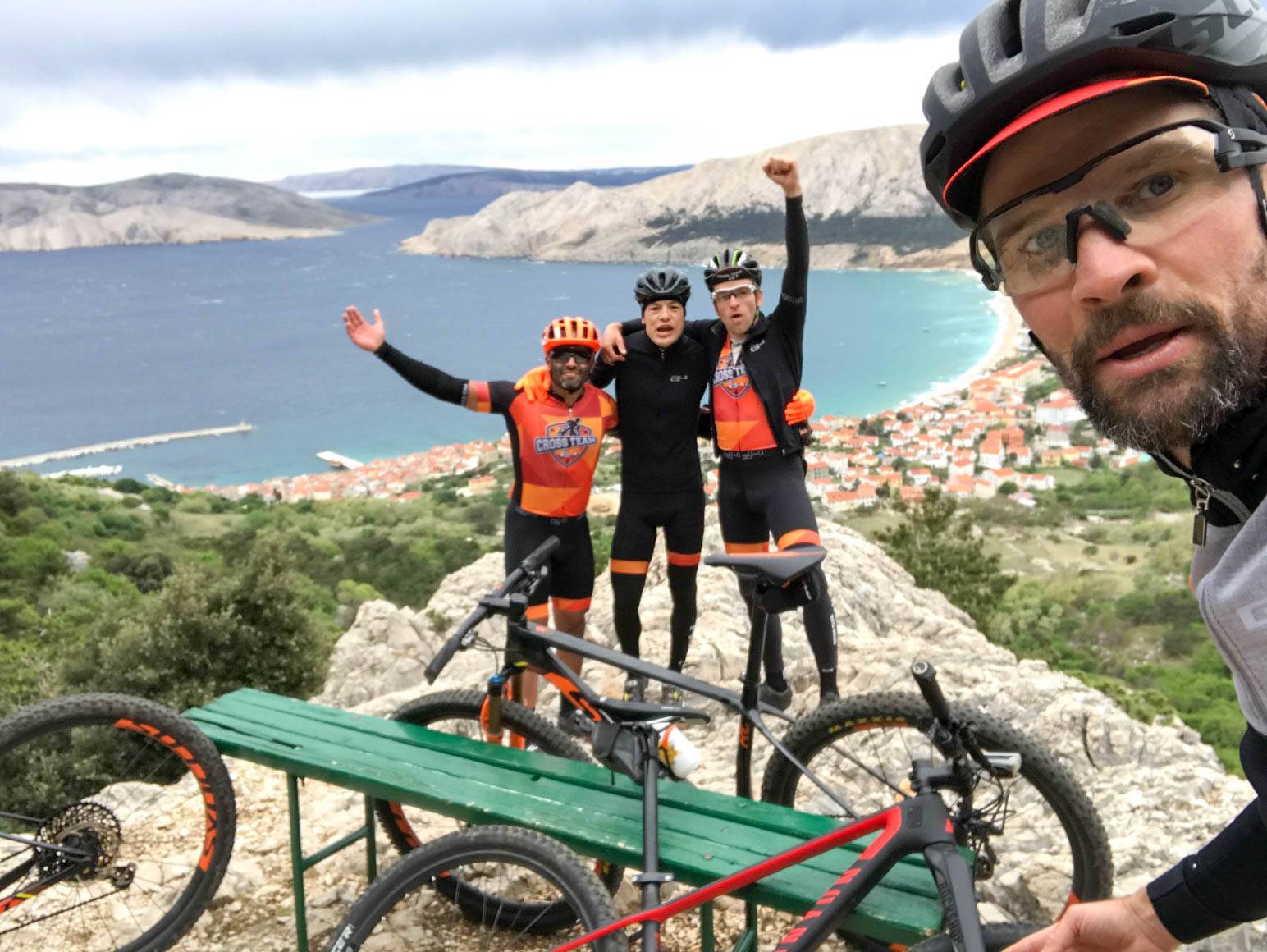 In this article, we’ll tell you about the team and their kit. Then you can follow our team from Nice to the start on the Croatian island of Krk. But first, let me tell you a bit about this fabulous race. 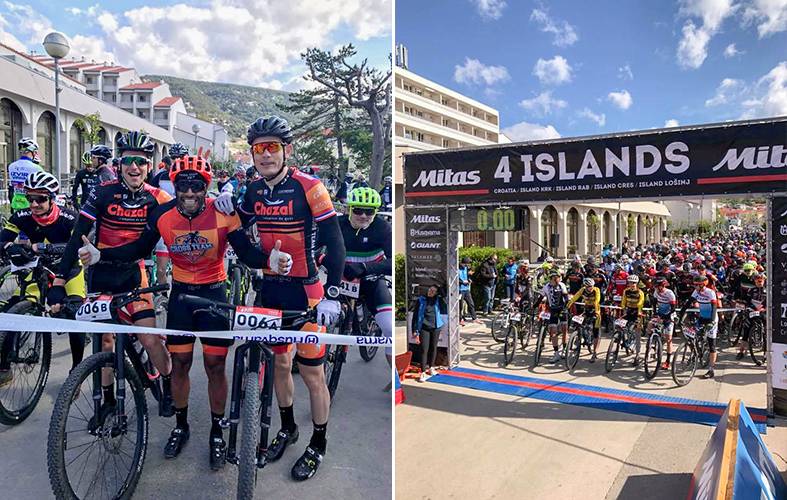 “We won’t tell you that it’s a race for everyone … because it’s not! “These are the words chosen by the organisers to describe this race for mountain bike enthusiasts ready to experience an unforgettable time. The MITAS 4 ISLANDS MTB STAGE RACE 2017, or the 4 Islands as we will call it for obvious reasons, takes place on 4 islands in the Adriatic. Participants travel each day by ferry from the finish of one stage to the following day’s stage start. 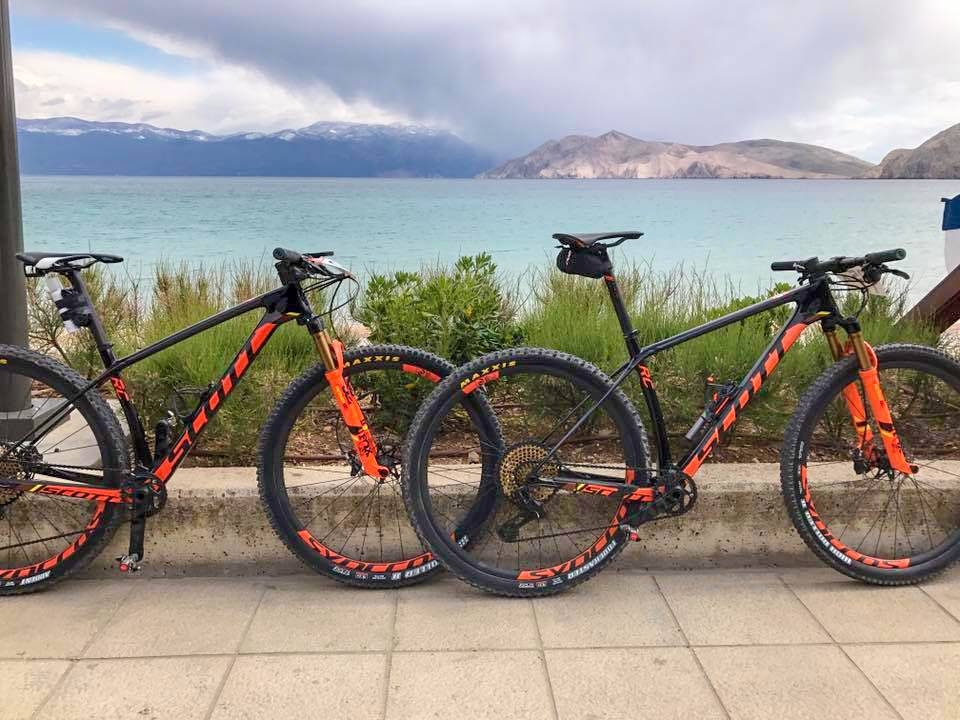 The parcours features a variety of testing terrains, including steep climbs and fast, technically demanding descents where only the bravest won’t use their brakes. Another special feature of this event is that participants are in two-man teams. No one should lightly undertake such a demanding course unless they’ve physically fully prepared. Fortunately, our four riders are in great shape and ready to do battle on the Croatian hills.

A professional since 2007, he was thrice runner-up in the French national cyclo-cross championships and fourth in the world championships in 2006. Steve has no fears about the challenge ahead in Croatia. It’ll be more like training with friends! He broke his contract with Cofidis in 2015 and ended his road racing career to return to cyclo-cross and devote his time to Cross Team by G4 team, which he set up with his wife Lucie, twice French national cyclo-cross champion. Steve is undoubtedly the best prepared of the G4 team taking part in the 4 Islands race. He will partner with Matthieu Converset for this race.

This is probably the only rider with whom you might not be familiar. Khaled made the trip from Abu Dhabi to ride with the G4 team in this special race. A good amateur rider, he’ll be supported by the other members of the team. Khaled is totally up for this event! He’s a passionate rider who trains daily in very hot conditions and loves taking part in cycling challenges around the world. He is totally ready to ride with the professionals during the 4 Islands race. 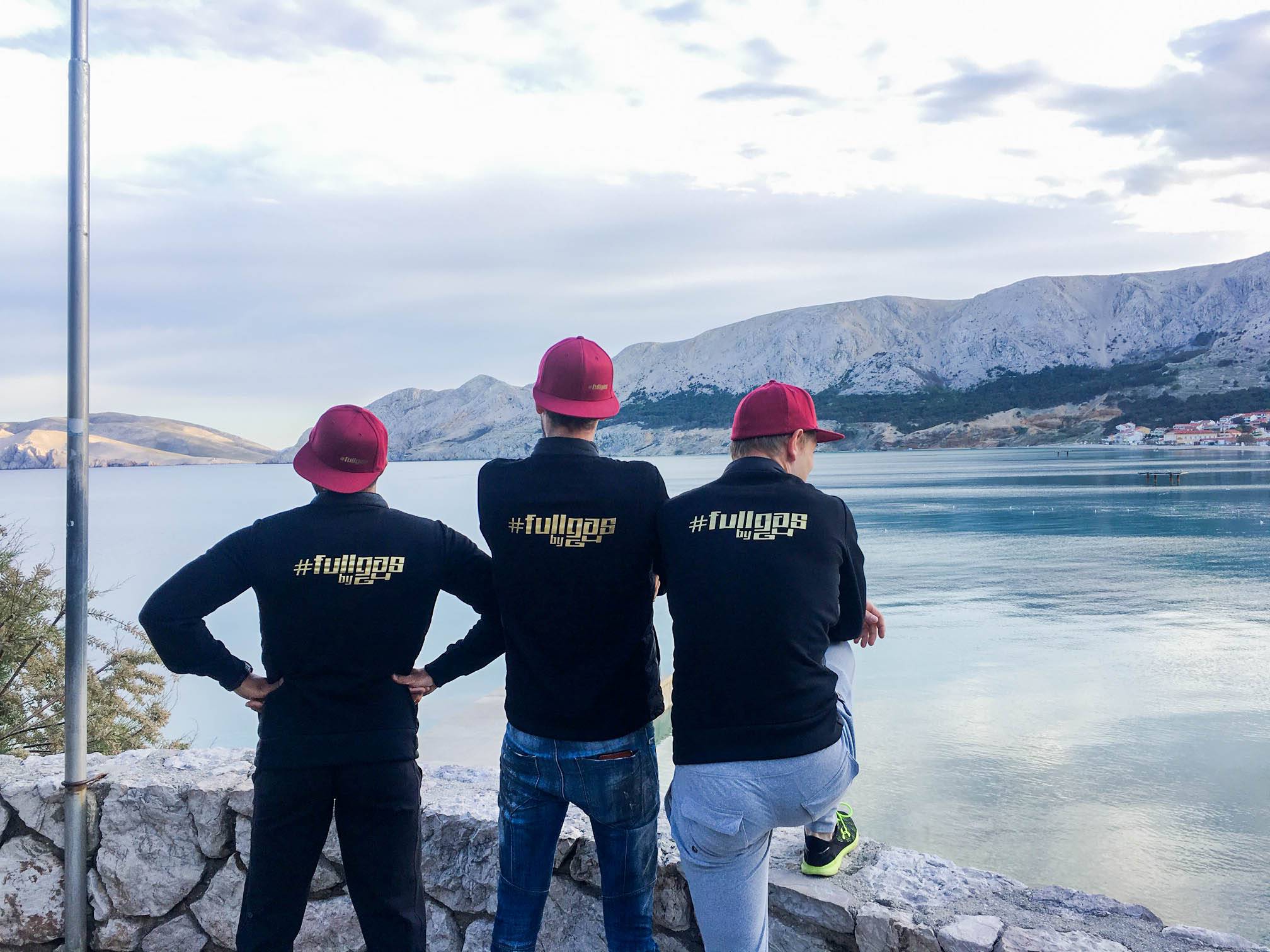 You can choose to create your own personalized clothes : http://bit.ly/OwnSTYLE

Matthieu, nicknamed “Copif” by his friends, is road captain of AVC from Aix in Provence, a French division one team, the highest amateur level. Winner of the Tour du Pays Roannais, third in the French Amateur Championship and the Tour of Serbia, he is a sure bet for the French amateur squad. During the winter, he worked Sports Director Cross Team by G4. Following a career-break back in 2012, Matthieu has lost none of his competitive edge. At the age of 27, the French-Comtois has been riding for AVC Aix since 2015. It is in this same state of mind that he approaches the 4 Islands race, surrounded by friends yet ready to fight for victory.

A professional cyclist for 12 years, Geoffroy has now transitioned into working as a consultant and designer for companies and events in the worlds of fashion and cycling. However, don’t think Geoffroy has lost his former edge. Thanks to his rigorous lifestyle and regular training, as demonstrated during the Paris-Nice Challenge, Geoffroy is back on his bike to excel in this exciting race. He will also have the role of preparing and advising his friend and race partner, Khaled, to ensure a good result for their tea.

It’s here that we have a shout out to Morgane Moinard, star of our series Elle & G4. 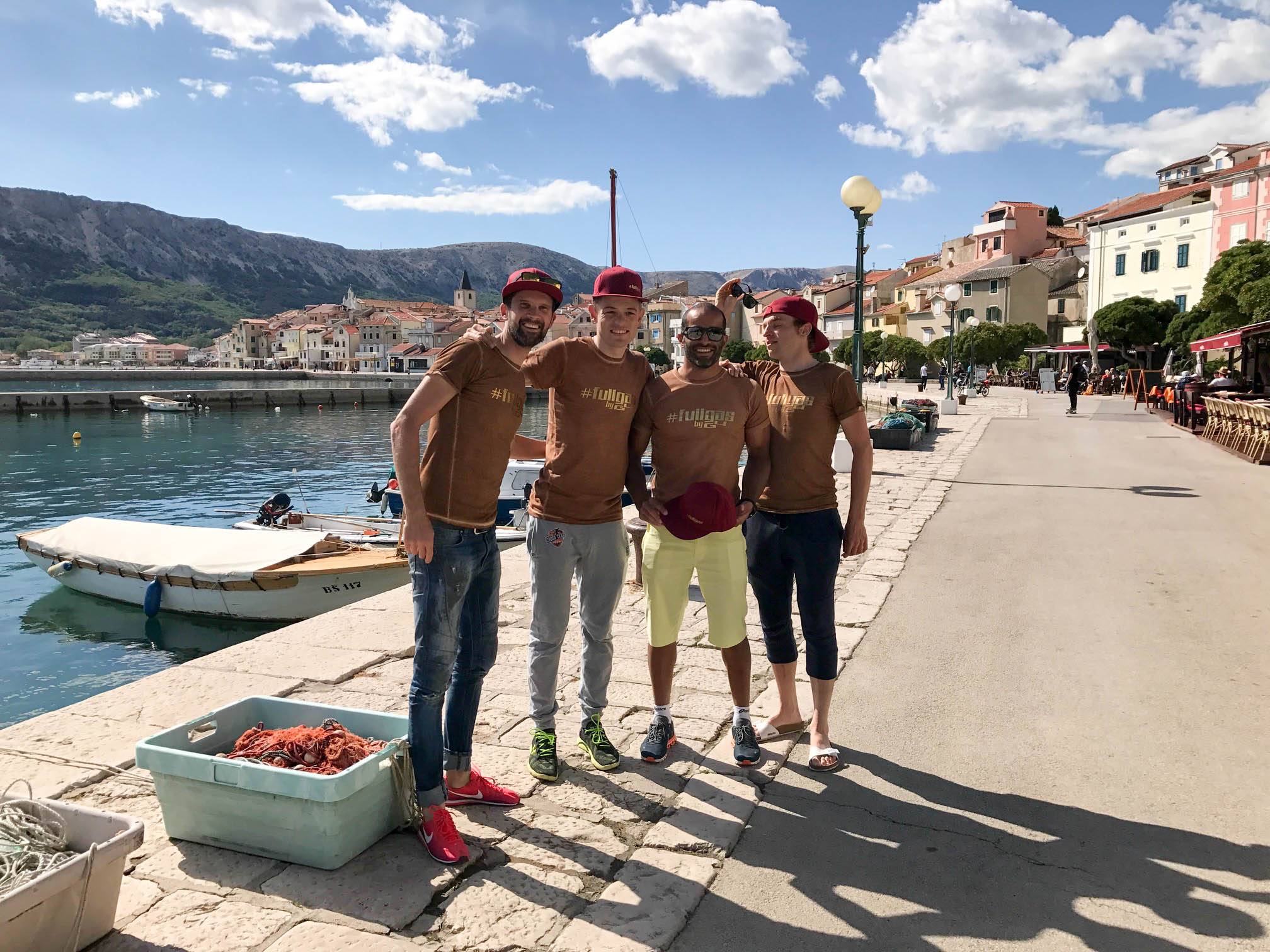 Of course, Geoffroy and the rest of the team will be dressed head to foot in  G4 cycle clothing with matching accessories, ideal for the Mediterranean conditions?
The entire G4 team will be wearing the Cross Team by G4 kit with matching jersey, shorts and socks. A collection of professional cycle clothing which has already proved itself on numerous occasions in cyclo-cross races, notably thanks to the Chainels. They will start the first stage of the 4 Islands with the G4 summer leather gloves, base layer and arm warmers. This ultralight, hard wearing and practical equipment is ideal for this type of event and for the climate and roads of the Adriatic islands. The weather conditions are not extremely hot on the first day, but the riders’ efforts over its undulating terrain demand garments that allow maximum ventilation and sweat wicking properties. The Cross Team by G4 kit has been specifically designed to optimise the performance of professional riders during demanding efforts. This, along with their pre-race recon, will give the G4 team an advantage over the rest of the peloton. 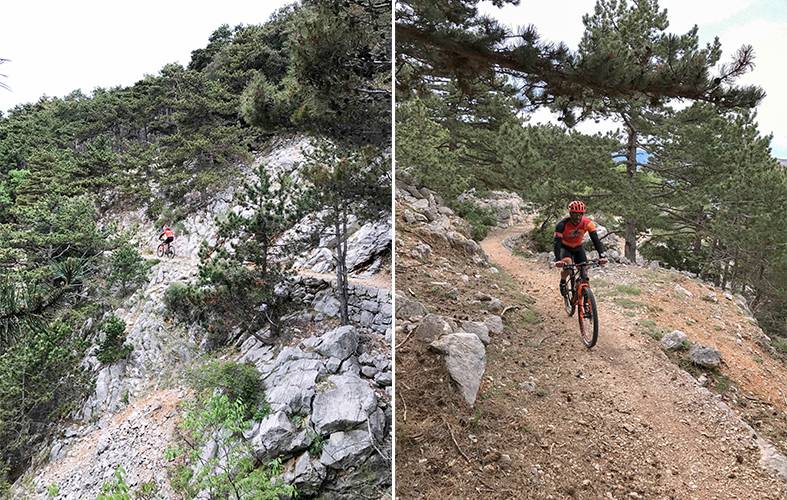 Our first episode in Croatia with Geoffroy Lequatre and the G4 ambassadors is drawing to a close. We hope you enjoyed it and that our riders will succeed. In the next episode, we’ll find out how our team overcame the challenges and what, if any, obstacles were encountered. We will also discuss what our G4 riders enjoyed about this mythical setting.

We leave you with a picture of the boat that will take them to the second stage of the 4 Islands race. See you again soon for more adventures in Croatia! 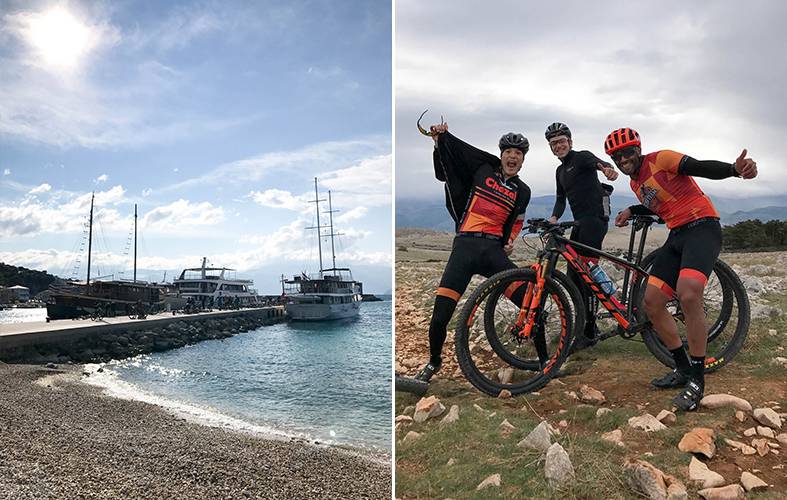